I swear my co-worker must think I'm a little off my rocker. I will randomly vent about ridiculous boys in my life out of nowhere then be like, "Okay, thanks, sorry!" since I feel like I sound crazy. It's clearly my own fault; my horrible taste in the mens and my lack of social life doesn't make the best of combos. Ladies and gents, don't ever be single, especially in your 30's--it is TOUGH. And on that note....my lack of social life has given way to a flourishing book addiction!

The library seems to be a forgotten resource these days with the availability of cheap books online and now the electronic readers out there. I'm old fashioned though; I love the feel and ritual of turning the pages in a book and seeing them on my bookshelf. True, the electronic version is much easier on the back when moving but still, I love a full bookshelf full of stories and adventures; love and woes, friendship and nightmares.

I wanted to do a quick summary of some of the books I have read recently. Some of have been AMAZING and some where a bit of a let down. And away we go... 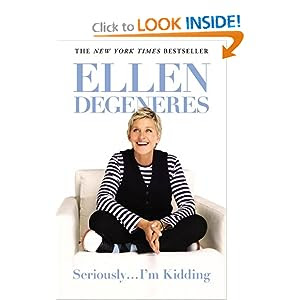 So, I really, really wanted to like this book. I was all ready to start and...I barely made it through the first chapter. It didn't really appeal to me and although I love her humor, personality, and her television show, she writes the book like she speaks and it can be difficult for the reader to follow. There were a lot of tangents and stories within stories.


Jonathan Tropper: How to Talk to a Widower & One Last Thing Before I Go

I've said it before many, many times but I am in love with Jonathan Tropper's writing. He uses such interesting descriptions and narratives that you can't help but become invested in not only the characters but the entire story itself. I have now read all but two (I think?) of his books and each time I get just as excited to dive in to a new story.


From Amazon:
How to Talk to a Widower: "Doug Parker is a widower at age twenty-nine, and in his quiet suburban town, that makes him something of a celebrity—the object of sympathy, curiosity, and, in some cases, unbridled desire. But Doug has other things on his mind. First there's his sixteen year-old stepson, Russ: a once-sweet kid who now is getting into increasingly serious trouble on a daily basis. Then there are Doug's sisters: his bossy twin, Clair, who's just left he husband and moved in with Doug, determined to rouse him from his Grieving stupor. And Debbie, who's engaged to Doug's ex-best friend and manically determined to pull off the perfect wedding at any cost."

Once Last Thing Before I Go: "Drew Silver is fleeting fame as the drummer for a one-hit wonder rock band is nearly a decade behind him. He lives in the Versailles, an apartment building filled almost exclusively with divorced men like him, and makes a living playing in wedding bands. His ex-wife, Denise, is about to marry a guy Silver can’t quite bring himself to hate. And his Princeton-bound teenage daughter Casey has just confided in him that she’s pregnant—because Silver is the one she cares least about letting down. So when he learns that his heart requires emergency, lifesaving surgery, Silver makes the radical decision to refuse the operation, choosing instead to use what little time he has left to repair his relationship with Casey, become a better man, and live in the moment, even if that moment isn't destined to last very long. As his exasperated family looks on, Silver grapples with the ultimate question of whether or not his own life is worth saving." 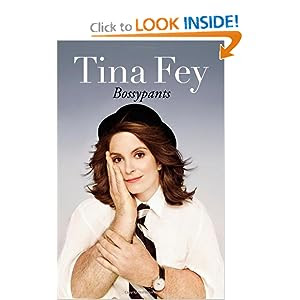 I love Tina Fey in her comedy, her acting, and her being a female in a male dominated industry. Her stories of growing up, working at SNL and eventually becoming one of the most celebrated people on the show, and the close relationship she developed with Amy Poehler were so lighthearted, cohesive, and thoroughly entertaining; I wouldn't have expected any less. It is something that I would recommend to anyone of any gender or age. 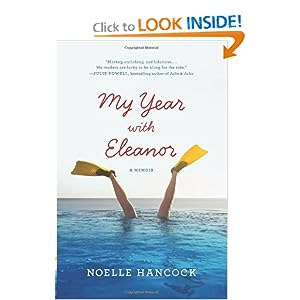 My Year with Eleanor
"Do one thing every day that scares you." —Eleanor Roosevelt

I loved this book so much more than I thought I would. I initially thought this would be a fluffy chick lit book (which isn't necessarily a bad thing) but it was the experience of a woman who dared herself to do one thing each that scares her. Some of these things are small but others, like trying the trapeze and climbing Mount Kilimanjaro, are amazing. I think it can be so easy to take our day to day lives for granted and we also get in the rhythm of the grind without challenging ourselves to actually EXPERIENCE life. It isn't about the routine, it is about seeing people, doing things, breathing in fresh air, and fulfilling our potentials. Hancock always refers back to Eleanor Roosevelt's life throughout the book which I found interesting and engaging. 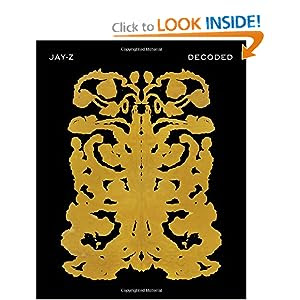 I actually just started reading this book and am about a third of the way through. It definitely isn't what I expected which was a straight up biography of Jay-Z. Instead, it is a history lesson in the rhythm and rhyme of rap, the poetic intricacy, and why words and phrases are used to describe the situations that many rappers and artists grew up in. Jay-Z integrates his own experiences but also explains rap and hip-hop in a very straight manner in which anyone could comprehend and appreciate. 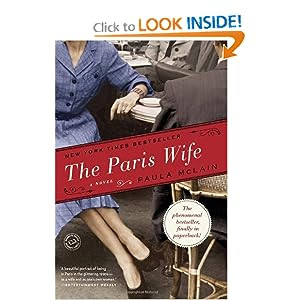 The story of Ernest Hemingway and his wife, their travels from the US and to Paris, and their experiences in the time where the most influential writers in history were making their mark. I originally saw the review of the book from Jenna (Eat, Live, Run....check out her blog!) and had it on my Amazon list forever. Once I got into the library habit, it was one of the first books I looked up. I enjoyed the story of them meeting, him courting her, and their initial travel to Paris to chase Hemingway's dream. I did get a little bogged down towards the end but I think that was more my exhaustion than the book. Great for people who enjoy a little romance with their history and a little literature with their romance. 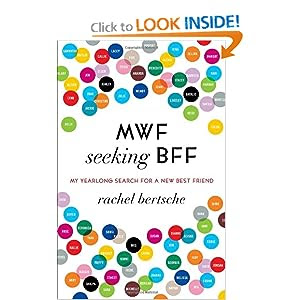 And I just found the website with lots of interesting posts!

http://mwfseekingbff.com/
Posted by April at 5:01 PM