I may have mentioned this before but I am co-teaching a freshman course that introduces them to the university. It covers a variety of topics ranging from time management and study skills to picking a major and dealing with health and wellness issues on campus. This was an important topic to me because I feel like the youth today are so concerned with their friends and only things that affect them that the rest of the world really doesn't matter. The other day I was walking by the education building and at least 20 students were streaming out the front door, heads pointed down towards their phones, feverishly texting away. It was a wonder that they didn't simultaneously run into each other. More and more, people are not aware of the world around them. I can't even count how many times people have almost run in to me because they were on their cell phones. I never understand the point of being on your cell phone while at a baseball game, a concert, a movie, or at dinner with friends. What is the point of being out in the world at all if all you are concerned with is what is happening on your phone?

Can you tell this is a huge pet peeve of mine?

So I felt like this class was a chance to at least impart some of my hopes for the future that they be engaged in the world around them. We talked about social issues such as smoking, education, homelessness, and animal rights and I showed them some social advertisements from around the world. Two examples: 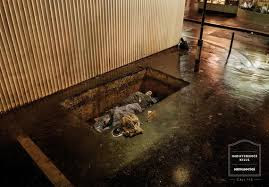 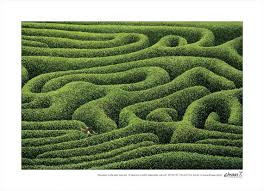 I loved getting their honest reactions though because, even though some of their reactions left me scared for the future, they were honest and it was a perspective that I don't get to hear often. Coming from Oregon, all (eh, most) of my friends are liberal, conservationist, recycling, green, organic, localvores. The mentality in Michigan is much different and some of things that I assumed were cultural or social norms, really were just Northwest norms (obviously, I generalize very much here).
Posted by April at 4:51 PM