A Day of Many Hurdles

This was my Thursday:

Go to work. Shadow the other advisors and learn that I might just remember how to be an awesome advisor. Prepare for meeting tomorrow.

Brave the new student crowds and hit up the campus post office. I nearly got ran into about five times by students looking at their phones while walking. If this were a Looney Tunes cartoon, there would have been at least one uncovered manhole and an anvil to take out the extra slow ones.

Leaving work, I notice the sky has turned a deep, evil gray color. Chaos ensues while the rain comes pouring down, hailing for a few moments, and then continues pouring creating rivers and puddles. I have now learned after being in Columbia for almost two months that it is easier to take my shoes off and walk than tread in any sort of footwear. 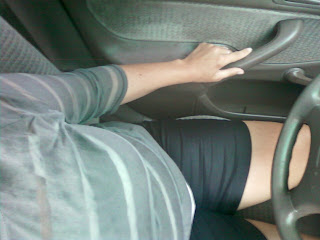 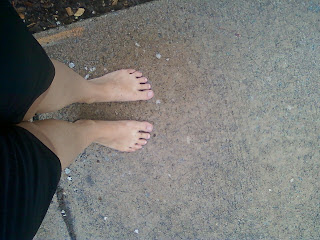 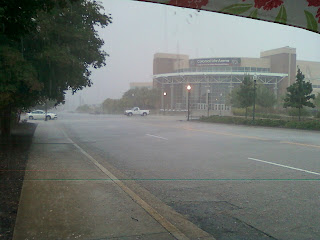 Almost get run over by a taxi and slightly slice a toe but eventually make it to my car. I drive home slowly, barefoot, and even manage to make it through Piggly Wiggly despite the fact that the entire left side of my body is soaked through.

Get my Piggly Wiggly card, make a killing on sales for date night dinner ingredients, and make it home in record time to shower and clean the apartment. Clean meaning hide large amount of recycling and do dishes.

Fight with my Roku (which I am convinced is evil and has PMS) and eventually give up on watching another movie and instead listen to the Spa channel on Pandora to calm me down.

End scene. (I actually had to look this up to see if it was "and scene" or "end scene")