Again, looking at my Food Bucket List, I wanted to attack something that always intimidated me but something warm and comforting as well. Cinnamon Rolls.

I grew up strictly enjoying the taste of cinnamon rolls via the Pillsbury tube. They were always delicious and indulgent but seeing those huge cinnamon rolls also left something to be desired.

I am totally intimidated by baking or cooking with yeast. It freaks me out! There is temperature and freshness and all sorts of things to think about. I feel like maybe, just maybe, I have actually conquered it though! I have proof....just see my fridge and freezer! Okay, on to the pictures.

I used the much talked about and applauded Pioneer Woman's recipe via RhodeyGirlTests. She divided the recipe in half which turned out to be so much more than enough. I substituted one cup of whole wheat pastry flour for one of the cups of all purpose flour and added in some walnuts to the filling. I also WAY overdid it on the cinnamon but I happen to love me some crazy cinnamon action so nothing too bad. 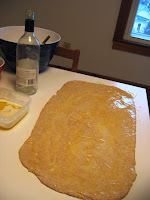 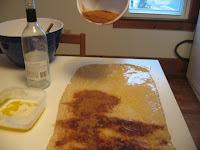 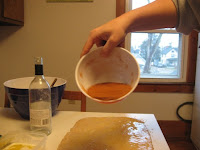 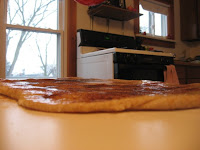 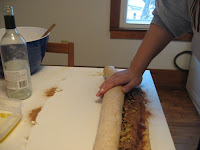 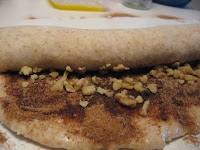 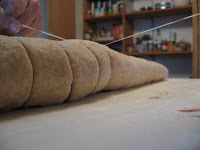 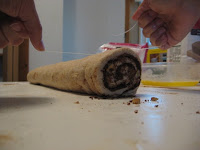 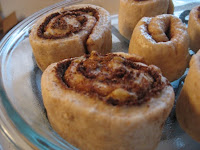 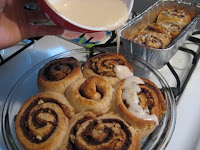 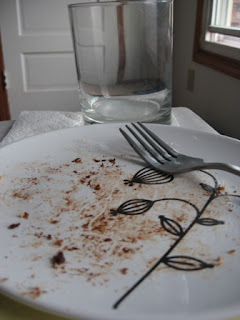 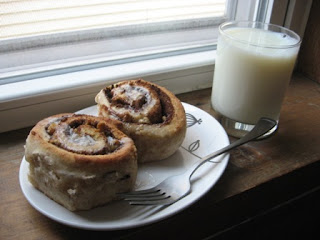 They turned out great AND I have some in the freezer in case I want some sugary goodness on a random Wednesday morning.
**Note: the wine bottle is there as a substitute rolling pin. I wasn't drinking and baking, no sir. Well, at least not this time!
Posted by April at 12:23 PM