My posts have dropped off significantly, not only in amount but in quality of content. If I were blogging my real thoughts, it would go something like "cookies shoes tattoo design resumes moving where when what who bright shiny things relationships hugs love movies popcorn pizza puppies babies."  Truly, that is just a taste of what my brain has been like lately. 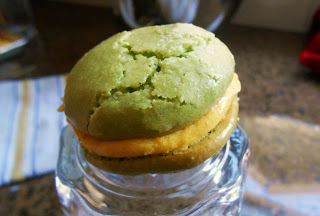 Update on my Food Bucket List. I haven't made as much progress as I had hoped but to be fair, I haven't had my own kitchen for most of the year. My biggest achievement was the french macrons and I even made them recently and they turned out pretty tasty. 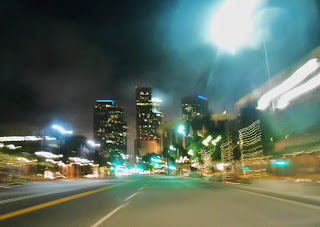 2013: Get Satisfied. This was my hopeful list of things I wanted to get accomplished this year.

Here I go...
-Complete Shaun T.'s Rockin' Body program. (did several weeks of the program then abruptly stopped)
-Go to one dance class, my choice. This can include Zumba, hip-hop, jazz, ballet, etc. (Nope)
-Date, again. Must put self out there. Cannot meet men while sitting on couch watching "30 Rock."  (Success!)
-Create a wardrobe fit for a 30-something year old woman. (Got much better at pulling the wardrobe together but have a long ways to go)
-Visit two new states. (Make that 8!)
-Get into the healthy weight range for my height (130-160lbs.) (Err...went the other direction on the scale..)
-Read a minimum of 20 books. (I read a lot but probably closer to 10-15)
-Rid my life of asshat. (Done!)
-Blog twice a week with original and interesting material (new recipes, adventures, etc.). (Eeeps)
-Go hiking twice. (This actually happened! I forgot that I went hiking earlier this summer and then on my own in September. Also going hiking on Saturday!)
-Complete two 5ks. (Completed an Ugly Sweater Run a few weeks ago but most likely won't do   another one until January)
-Write my dear friends back within two weeks of original email. (I'm trying!)
-Buy the complete series of Sex and the City. (Nope. Not a priority.)
-Get 1,000 followers on Pinterest. (I am so, so close! 747. Still have 29 days to get there though!)
Considering that when I wrote this I had no idea that not only would I not be in South Carolina, I would also be back in Portland, unemployed and having to deal with the hardest thing to ever happen to me. I'm almost nervous to even think about what the year ahead brings but I guess that is all part of the excitement and fear: the unknown.

For the Reverb, I'll go ahead and do the first two days then make the big ol' mighty list of Reverbs for the rest of the month on a separate post.

Day 1:  Best Moment of January.
I volunteered for the World Beer Fest in Columbia, SC and it was so much fun! I did an entire Saturday shift which meant a long day but also some great people watching. It was one of the first times in SC where I felt like my old self: social, outgoing, and active.

Day 2: Love. What does the word love mean to you?
I have seen love in different ways this year. I reconnected, or more appropriately, leaned on family and there was such support and love shown despite the fact that we don't often talk. My brother and I have leaned on each other much more but have also been supported by our make-shift families (friends, significant others, co-workers). I feel that the supportive and unconditional love is what I will remember of this year.