For some crazy reason, I have always thought biscotti was super sophisticated and elegant, and, in turn, would be really hard to make. I get easily intimidated by kneading of breads and any sort of shenanigans that may have to happen just to make something that will only add inches to my waistline. Being in a new office and it being the holidays, I decided to make some treats for my co-workers and also include a few in packages to send back home. I looked on Pinterest for recipes that gave me good vibes (you look for those, too, right??) and found one for Pumpkin Biscotti and Cranberry White Chocolate Biscotti. I followed the recipes exactly..kinda..so feel free to follow the links and pins those suckers!

Here is the outcome of the pumpkin walnut biscotti with chocolate drizzle: 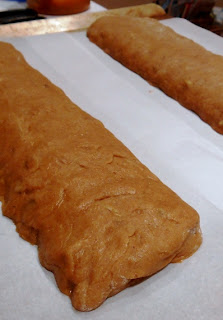 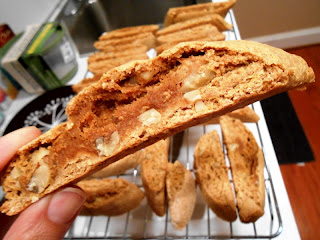 This was a perfect recipe and came together quite well. I got a super arm workout but the dough was incredibly easy to work with and I tasted it throughout the process and it was damn tasty! 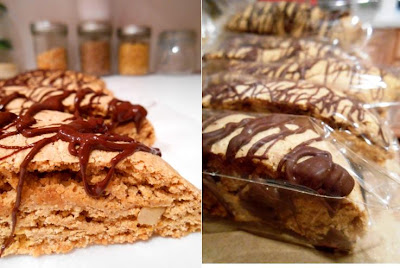 Here is the outcome of the cherry, coconut, white chocolate biscotti: 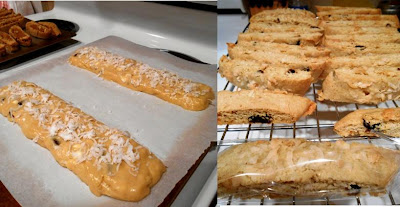 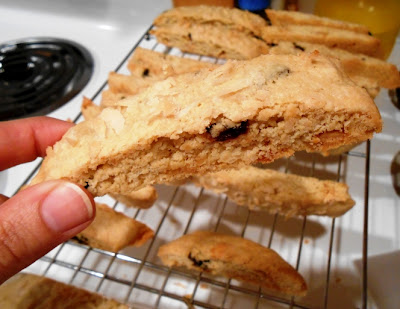 See what I did there? Totally didn't follow the mix-ins on that recipe. I thought I had a good handful left of dried cherries in my pantry and low and behold, I had about eight of them. My first thought was, "Why did someone leave eight little dried cherries in a baggie?" and secondly, "Why would I do that to myself??" Rummaging through my kitchen, frantically searching for a substitute left me with throwing in the dried cherries and white chocolate chips like I initially planned on but also adding in some shredded coconut. It was a shot in the dark but came out pretty well! I wish I could have had some more colors going on in the dough but as long as it tastes good, I shall be proud.

All packaged up and ready to go: 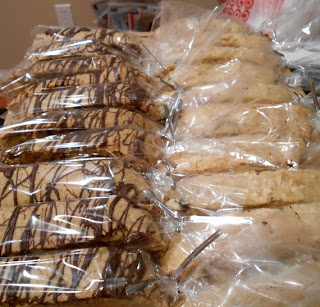 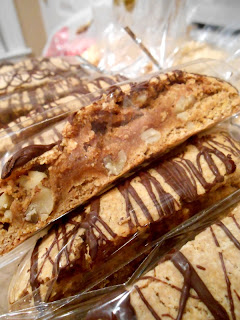 These will go great with some chai tea or hot chocolate!
Posted by April at 4:07 AM